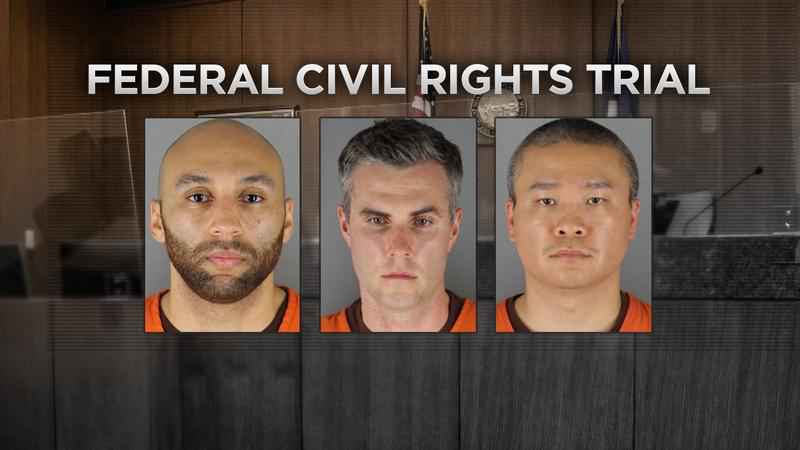 Closing arguments will begin Tuesday in the federal trial of the tree former Minneapolis police officers who are charged with violating George Floyd’s civil rights.

Thomas Lane, J. Alexander Kueng and Tou Thao are charged with depriving Floyd of his right to medical care as former officer Derek Chauvin pressed his knee into Floyd’s neck for more than nine minutes in 2020.

Lane held the 45-year-old Black man’s feet, Kueng knelt on his back and Thao held back bystanders.

Kueng and Thao are also charged with failing to intervene to stop Chauvin in the May 25, 2020 killing that triggered protests around the world and a re-examination of racism and policing.

The arguments come after Thomas Lane became the last of the three ex-officers to take the stand in his own defense Monday.

The judge and attorneys have indicated closing arguments could take almost the whole day Tuesday.

Prosecutors have to prove each element in this case beyond a reasonable doubt, but the defense only has to show reasonable doubt for one of the elements, which means the burden is on the government.

Each officer’s case will be decided separately, so there could be split verdicts.

The jury will get instructions from the judge before deliberations begin.

At the start of the monthlong trial, U.S. District Judge Paul Magnuson selected a total of 18 jurors, including six alternates. Fifteen people now remain — 12 who will deliberate and three alternates.

Chauvin pleaded guilty in the federal case in December, months after being convicted of state murder and manslaughter charges.

Lane, who is white; Kueng, who is Black; and Thao, who is Hmong American, also face a separate state trial in June on charges alleging that they aided and abetted murder and manslaughter.

5 EYEWITNESS NEWS will continue to update this article throughout the day as closing arguments are made.