(ABC 6 News) – The City of Rochester is again being sued by neighbors in the historic southwest district. This time it’s over a property on Pill Hill.

A couple living in the Pill Hill neighborhood is suing the city and the property owner of the Harry Harwick house.

Harwick was a leader in the formation of Mayo Clinic, and neighbors do not want to see the property change.

"We value this house and this property, number one, for historical reasons, and number two, we just don’t think the split meets the law for this property and for this neighborhood," Sara Hylwa, a plaintiff and neighbor, said.

The property owner, Mike Macken, is trying to split the land into two lots so the empty lot next to the house can be developed. 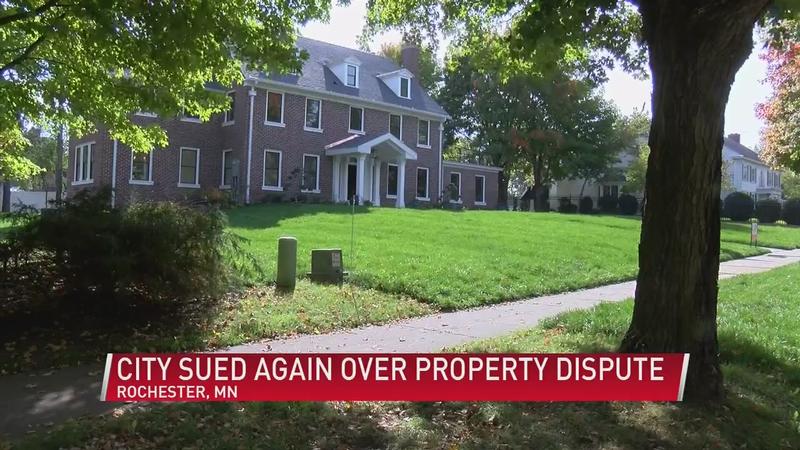 Macken is also currently renovating the inside of the house on the property.

"It’s just a shame they started this appeal before they ever talked to us. I think they should have come to us and said ‘what are you gonna do with it,’ because we have kept the inside the same. The original wood boards. Original rooms, and there’s a lot of room in that house," Macken said.

The city is also facing another similar lawsuit right now over a zone change in the Folwell neighborhood a few blocks away.

Neighbors are upset about the possibility of a lot being turned into a multifamily development with 12 units.

When it comes to these zone changes, the Rochester City Council said it actually supports a denser downtown population.

"The city of Rochester’s footprint is about the same as st. Paul, where they have 300 and some thousand people. Just think about that. We’re trying to run city and sewer and water and foremen and fire response with a third of the population. It helps bring it home that what we’re doing is trying to improve the cost of living in Rochester," Rochester City Councilmember Patrick Keane said.

"For those of us who live in the historic southwest, you know, we really love that part of Rochester’s history," Hylwa said.

But Macken believes "at the end of the day, it’s just a lot."

Because of these pending lawsuits, the city council is working on a way to have most zoning cases be decided by city staff rather than make developers come before the council every time a request for a zoning change is made.