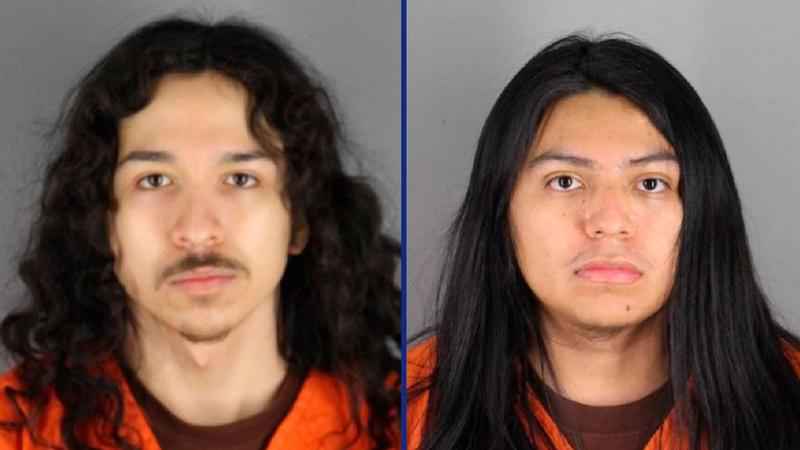 Police named (from left) Fernando Valdez-Alvarez, 18, and Alfredo Rosario Solis, 19, as suspects in the shooting. The two are being held at the Hennepin County Jail. As of Wednesday, they had not been formally charged.[Photo: Hennepin County Sheriff's Office]

Charges against two men suspected of being involved in a fatal shooting outside South Education Center in Richfield on Tuesday are now expected to be filed Friday.

Solis and Valdez-Alvarez were identified as the suspects by Richfield police during a news conference Wednesday afternoon. During that conference, police had said charges could come as early as Thursday afternoon.

Richfield police say there were five students involved in the shooting – the two suspects and three victims.

5 EYEWITNESS NEWS spoke with Shyrese James, the mother of 15-year-old Jahmari Rice, who family members say was killed during Tuesday’s shooting. James said she is scared due to the violence going on across the Twin Cities, and is afraid for other children who have to survive in this environment.

“I need everybody to protect their kids,” said James. “Don’t let them out of their sight, not for a minute. You never know, you might blink and they might be gone. All I did was blink and I got the phone call. Love your babies and protect them.”

Rice was shot and later died at Hennepin County Medical Center, and an unnamed 17-year-old was also shot. That victim is in critical condition.

Police say a third victim, identified as a 19-year-old, was said to have minor injuries, and was not sent to the hospital.

Investigators say a fight started in front of the South Education Center Tuesday, and then at least one gun was fired. Details regarding what the fight was about were not immediately released.

South Education Center will reopen Friday, and will offer counselors to those who need them.

“The trauma they experienced will be with them the rest of their lives. It will take our school community time to grieve and time to heal,” said Intermediate School District #287 Superintendent Sandy Lewandowski.

The ATF is testing those guns.

“None of our communities are safe from what happened yesterday (Tuesday) here in Richfield,” said Richfield Mayor Maria Regan Gonzalez. “We lost one of our beautiful youth, our young leaders, one of our students. And there is nothing we can do to bring him back.”