(ABC 6 News) – Jurors were back in court Thursday for the third day of the trial of Ayub Iman who is charged with aiding and abetting 2nd-degree murder for his alleged involvement in a fatal shooting that happened in 2019.

The state leaned hard on cell phone evidence Thursday to connect the defendant to the murder of Garrad Roble in march of 2019.

Testimony began with the medical examiner who performed the autopsy on Roble. He said Roble sustained 11 gunshot wounds on March 5 — the fatal shot piercing his right lung, heart and aorta.

The medical examiner also said Roble was shot three times in each arm and shot four times in the head.

While autopsy photos were shown to the jury, the judge chose not to show them to members of the public who were at the trial. 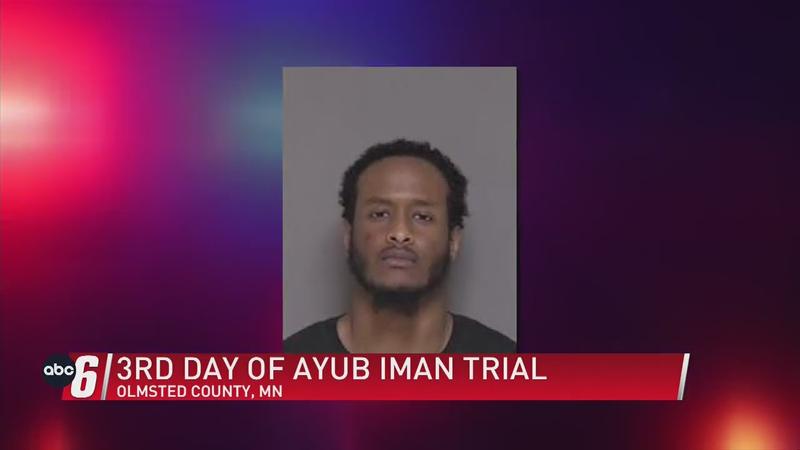 The state also called an Olmsted County investigator to the stand who talked about the day he arrested Ayub Iman on March 28 saying Iman may have been trying to avoid law enforcement.

Friday, testimony is expected to include large amounts of cell phone data showing where Iman appeared to be the night Roble died, and also where he was in relation to cell phone data for the second suspect in the case, Muhidin Abukar.

Abukar’s trial was in December of last year and ended in a mistrial.

The judge said the jury may get the case as early as Tuesday.