(ABC 6 News) — Carter Fousek was a child watching his older brother wrestle on the mat when the idea of grappling with others first came to him. He wasn’t sure about it.

"I was always, like, too scared, my parents would always ask me," Fousek reflected. "Eventually, I just decided I was just going to try to do it and I ended up winning my first tournament or something and I just thought it was pretty fun."

"I still barely even believe it – that it happened. I mean it’s been my goal for — ever since I was a little kid, I’ve always dreamt of it happening. and now that it actually happened it’s just – it’s amazing."

It’s a level of success few ever see in high school. Yet, what’s even more surprising is that as far as Fousek’s long-term goals are concerned, this is just a feather in his cap. 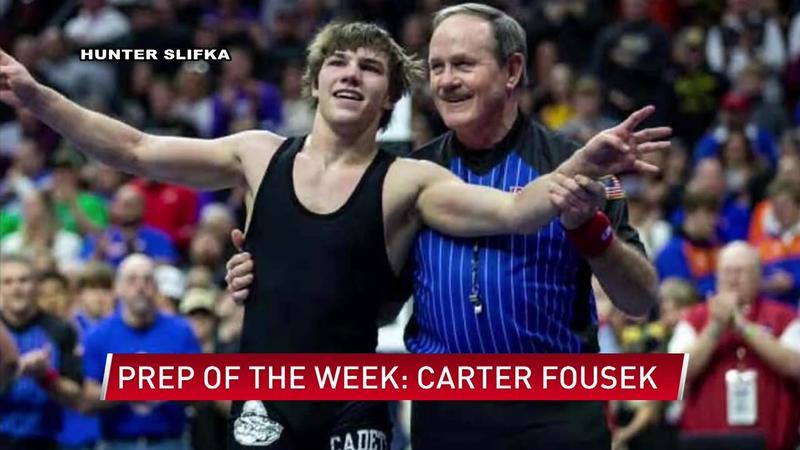 "As a small athlete, you know, you want to take your steps as the youth wrestler, you know, the junior high wrestler," Crestwood wrestling head coach Keith Slifka said. "Then you go in your high school… he was way past that. He was — his goals were to be state champ, national champ, Olympic champ. Anybody’s who talking about being Olympic champ already when they’re young… this kid’s special."

Very few people seem to have a drive as insatiable as Fousek; he’s been winning matches at Wells Fargo Arena since he was a second-grader. As he dreams of bigger and better things, he’s leaving behind a remarkable impact at Crestwood.

"I set pretty high goals for myself and I know that to accomplish those goals, I need to put myself in the best situation. Be with the best wrestlers and the best clubs. I mean, I do everything I feel like I need to do to get to where I want to be."