(ABC 6 News) – The Mason City Fire and Police Departments are investigating two recent business fires very close to one another.

Both business fires occurred on 12th Street Northeast. Plus, K & R Car Wash just down the street was vandalized.

"Pretty big coincidence," Xander Haugen, an employee at the car wash, said. "I was just baffled. I had to stand there for 20 minutes and just wrap my head around what had just happened."

Haugen said they destroyed the concrete surrounding the automatic pay station and stole the entire thing overnight on March 6.

"Then a few days later the fire at LD’s happened and then a couple of days later I was driving by and the laundromat was on fire. Which I think is crazy," he said. 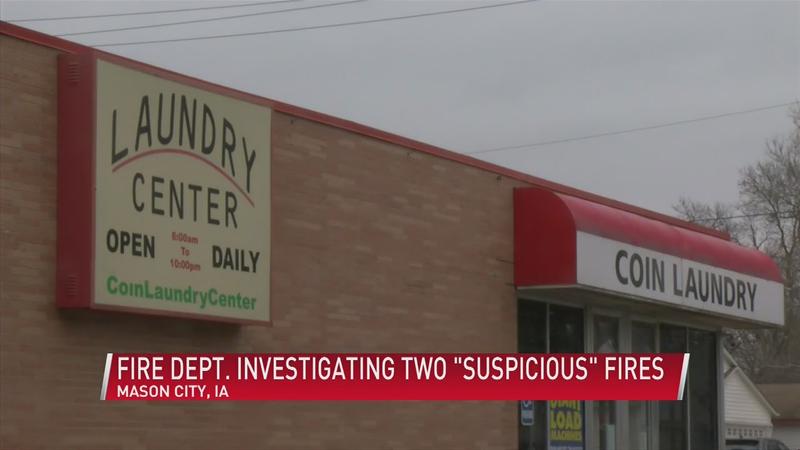 Haugen said none of the cameras on the building caught whoever did it because they were not pointed in the right directions.

The amount of money that was stolen from the business is significant.

He said the damages have been affecting business.

"Now I can only come outside and take people’s cash and then go inside and push a button. So that’s a real pain. I have to be here all of the time. Every time I hear a honk I gotta run down," he said.

Haugen added they will most likely be installing more cameras.

"Soon here we’ll be getting a pay station put back in and try to get business back to usual," he said.

Haugen believes the vandalization of the carwash and the other two fires are probably related.