The fire destroyed a queue building for an upcoming "family flume ride" at Lost Island theme park in Waterloo, Iowa.

First responders were called just before 8 p.m. Park management says it appears some temporary heating caught a blanket on fire.

The 100 million dollar addition to the lost island water park is tentatively scheduled to open in May or June.

Management says the fire will not delay the park’s opening.
No one was injured in the fire. 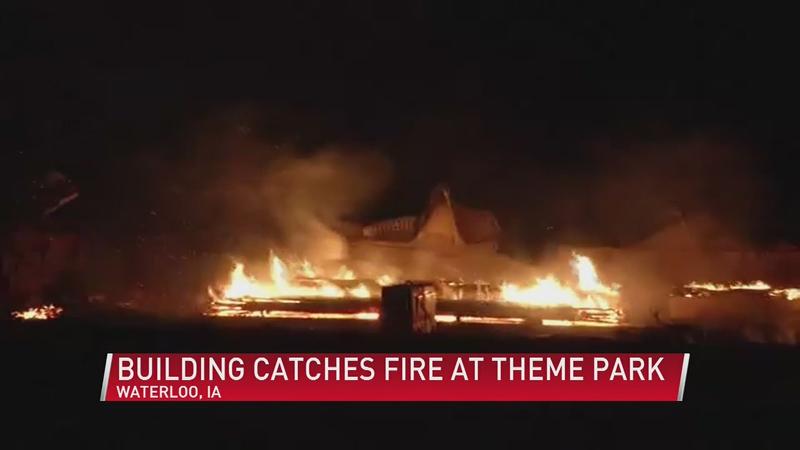