Austin artist carving a name for himself

(ABC 6 News) – An Austin man is carving out a name for himself with an interesting hobby – wood carving.

He started in the ’90 with wooden ducks but said he found his niche when he started creating Santa figurines. He says the popular holiday icon isn’t as easy to create as you’d think.

"There are some things I’d rather carver that others faces are hard to carve unless I put a beard on them or a mustache then I can get them," said Dave Dammen.

Dammen says he doesn’t sell his work as much as he used to, but he certainly hasn’t stopped creating.

A few of his latest projects include creating rocking horses for his grandkids and totem poles for his family and friends.

He says he loves starting with a block of wood and turning it into a piece of art. 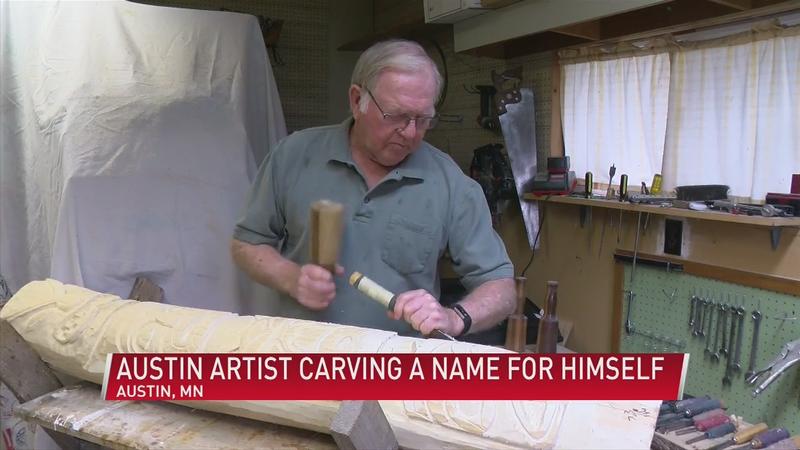