(ABC 6 News) – The Section 1A Boys Hockey Tournament produced a pair of upsets when both the No. 1 and 2 seed fell in the semifinal round.

The teams that beat them, New Prague and Albert Lea, were both looking to finish the job and punch their tickets to the state tournament at "The X" in St. Paul.

New Prague took an early 2-nothing lead in the Wednesday night championship matchup at the Rochester Recreation Center, but let it slip early in the second period.

The Trojans halted the Tiger rally and went on to get the 5-2 victory to clinch their first state appearance since 2015.

Albert Lea closes its season at 19-9. 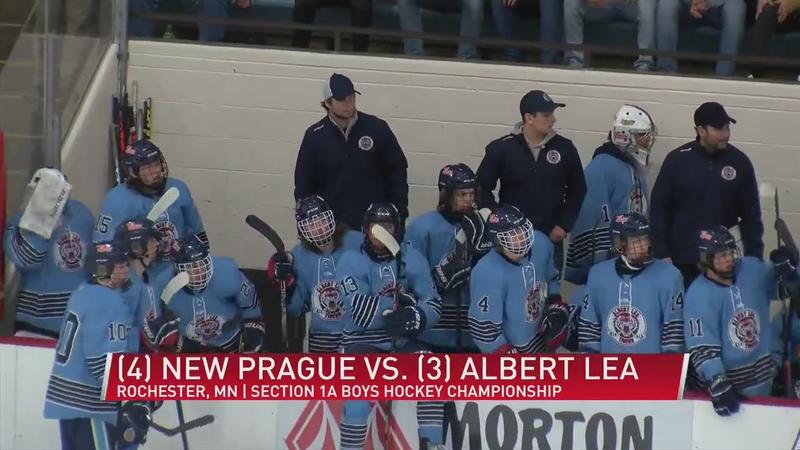 Elsewhere in Rochester, the Rochester Mayo girls basketball team kicked off their postseason when they hosted the Farmington Tigers in the first round of the Section 1AAAA quarterfinals.

The Spartans trailed by double digits to start the second half and although they got the margin as close as 4, they were unable to pull off the rally and were upset 68-60.