6 On Your Side: Consumer Confidence, Kitchen Tools That Never Go Out Of Style

(ABC 6 NEWS) – We all have those helpful tools in our kitchen we reach for again and again, many have been around for decades.Tupperware are pressure cookers, anyone?

In your 6 On Your Side Consumer Confidence Report, we look at some kitchen gadgets to see which ones really stand the test of time.

Malmgreen has accumulated and still uses pieces she’s had since the 1970s!

“It may be older but it still works, it’s very functional,” Malmgreen said. 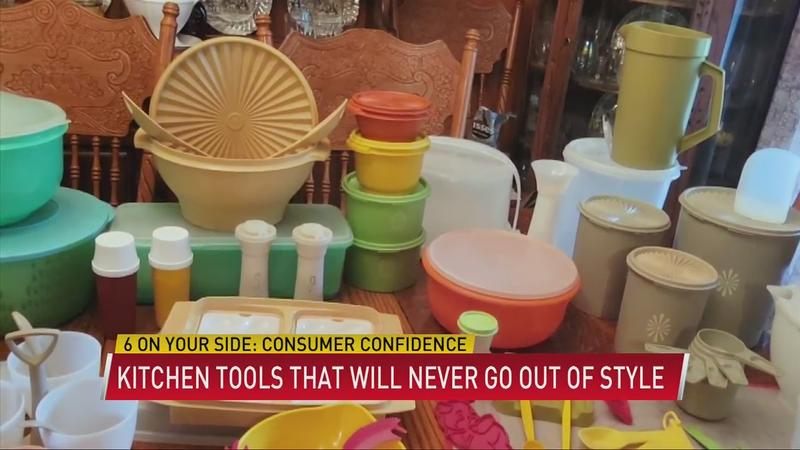 Similar to Tupperware, those melamine dishes that have been popular since the 1930s. Consumer Reports’ Angela Lashbrook just took a look at several sets you can buy from Walmart to West Elm.

The 12-piece set from Certified International is versatile enough to break out at a picnic or a dinner party. And the dishes do not scratch beneath knives and forks.

The next kitchen tool might not seem essential until you hear from CR’s Anna Kocharian.

“Once you own a citrus squeezer it’s pretty hard to go back to life without one. Most of the time they will help prevent seeds and a lot of pulp from getting into your mixture,” Kocharian said.

The Chef’n and Fresh Force is easy to grip and convenient for juicing multiple lemons in one sitting.

Coffee lovers, “perk” up for this next recommendation; the Chemex coffeemaker might just make you think twice about that drip coffee maker taking up space on your counter.

“It was actually invented in 1941 and it still looks and performs identically to its original design,” Lashbrook said.

The pour-over style coffee maker is easy to use, hard to break and delivers an aromatic, balanced brew with sweet, juicy undertones.